Arrive in Amman, the capital of the Hashemite Kingdom of Jordan; transfer to your hotel. Amman is among the oldest continuously inhabited cities in the world. Spend the rest of the day at leisure to rest, relax and adjust to your exotic surroundings
Overnight: Amman

After breakfast, travel north of Amman to the city of Jerash, the best-preserved example of Roman civilization in Jordan. Jerash was part of the Decapolis, the ten large Roman cities of the East. The city features theaters, churches, temples of Zeus and Artemis, a Nymphaeum and a colonnaded street. Then, embark on a city tour of Amman, often referred to as the "White City" because of the white stone used to build the houses. Tour the Citadel, located on the highest hill in Amman. Occupied since the Bronze Age, this impressive archaeological site includes the Temple of Hercules and Umayyad Palace. Here, you can also visit the Archaeological Museum, housing artifacts that date back from prehistoric times to the 15th century. Continue exploring the Roman Amphitheater, the souks, and the city's modern district. Tonight, enjoy a Welcome Dinner with your Tour Manager and fellow travelers
Overnight: Amman
Meals: Breakfast, Dinner

Travel north, towards the northwestern corner of Jordan, in the hills above the Jordan Valley, to the ruins of the Decapolis city of Gadara, known today as Umm Qais. The most striking feature is its location. It sits on a ridge at 1240 feet above sea level overlooking the Golan Heights and the Sea of Galilee. Explore the impressive Greco-Roman ruins including the theatre and main street. Continue the drive to Ajlun. View Ajlun Castle, built by one of Saladin's generals in 1184 AD. Nearby is the Ajlun Nature Reserve, an area of outstanding beauty and diverse wildlife, where you have lunch made out of locally grown organic ingredients. After, visit the Soap House, the Biscuit House and the House of Calligraphy before returning to Amman
Overnight: Amman
Meals: Breakfast, Lunch

Today, drive south along the King's Way towards Petra. En route, visit Mount Nebo, the reputed burial site of Moses, overlooking the Jordan Valley and the Dead Sea. Tour a mosaic school and workshop where you will have the opportunity to learn about this incredible craft. Continue to the mosaic city of Madaba, where an ancient map of the Holy Land is set into the floor of Saint George's Church. After lunch, travel to Petra. Tonight, experience Petra by night, with a stroll down the entire Siq to the Treasury, lit with over 1,000 candles in complete silence and feel the mystery and magic of the place. In front of the Treasury, listen to traditional Bedouin music while sipping delicious mint tea
Overnight: Petra
Meals: Breakfast, Lunch

An astonishing day exploring Petra! Enter the "rose red" city hand-sculpted from a mountain range by the Nabateans in the 3rd century BC. Begin your walk through the "Siq", a winding canyon road. At the end, you’ll gaze in total amazement at Petra’s most extraordinary monument - the towering Treasury building rising over 140 feet. Beyond, discover soaring temples, elaborate royal tombs, a theater, burial chambers and water channels - all remnants of a once great Nabatean culture. Today, Petra is both a Jordanian national treasure and a UNESCO World Heritage Site. Stop by the souvenir shop of Marguerite van Geldermalsen, wife of a Bedouin and hear her story about being accepted by the Bedouin culture. After, arrive at Petra Kitchen Restaurant. Here, enrich your culinary skills by joining a cooking class where you work alongside chefs and local women to prepare dishes made from local products. At the end of your class, enjoy your tasty creations for dinner and share the recipes of all the dishes
Overnight: Petra
Meals: Breakfast, Dinner

Morning departure to Jordan's only port city of Aqaba. Begin the city tour with a visit to the Sharif Hussein House and a view of Aqaba Castle, also known as Mamluk Fort. Adjacent to the castle lies the Aqaba Museum housing Bronze Age artifacts dating back to 4000 BC. View the Great Arab Revolt Plaza, site of the early medieval port of Aqaba. the oldest church in the Middle East and the ruins of medieval Ayla city. Conclude the tour with a walk in the local souk. The balance of the day is at leisure for individual pursuits. Tonight, be enchanted by the beauty of the Red Sea. Spend a delightful evening cruising in a private yacht and marvel at the amazing sunset. Afterward, savor a delightful meal on board. Cap off the day with an evening walk around the city to get a better understanding of the culture and customs of the local people
Overnight: Aqaba
Meals: Breakfast, Dinner

Today, visit the souk in Aqaba where you will have the opportunity to bargain with local vendors for lunch products. Then, head to Bernice beach, where you will enjoy the fish grill while Sayadieh is being prepared for you. The Sayadieh master chef will demonstrate how to cook this Jordanian meal. He will also explain the history of its creation. Afterwards, spend the remainder of the afternoon at leisure
Overnight: Aqaba
Meals: Breakfast, Lunch

Depart for Wadi Rum, a surreal desert terrain of ancient river beds, wind-sculpted mountains, and vast desert vistas. This UNESCO World Heritage Site, often described as the "Valley of the Moon", served as inspiration (and site of the filming) for T.E. Lawrence’s novel, Lawrence of Arabia. Ride in a 4x4 vehicle to explore the valley, with its looming rock faces. Cross the huge red sand dunes and the eroded pillars of sandstone rock known as "The Seven Pillars". Then, eat lunch in an authentic Bedouin tent in the desert, where you’ll be introduced to "Zarb" - a selection of foods cooked in an oven with hot coals beneath the desert floor. After a camel ride, enjoy a glass of wine and marvel at the breathtaking sunset over Wadi Rum, before heading back to your hotel. Tonight, experience a traditional Bedouin dinner under the stars, accompanied by Arabic music
Overnight: Wadi Rum
Meals: Breakfast, Lunch, Dinner

After breakfast, travel to the city of Kerak, situated on the King's Way. The city is known for its Crusader Kerak castle, dating back to the 12th century. Tour the imposing fort that consists of stone-vaulted halls and endless passageways. For lunch, you are invited to a local farmer's home. Sample a delicious feast of traditional food cooked by local women especially for you. Experience a unique opportunity to learn about their daily life and get an insight into the Jordanian culture & traditions. Then, travel to your hotel on the shores of the Dead Sea, the lowest point on earth. Pamper yourself with fabulous treatments, or just savor the beautiful surroundings and natural beauty of this area
Overnight: Dead Sea
Meals: Breakfast, Lunch, Dinner

This morning, travel to the religious site of Bethany, located on the east bank of the Jordan River, to explore first-hand the foundations of Christianity. The site of Bethany where Jesus was baptized by John the Baptist, has long been known from the Bible and from Byzantine and medieval texts. The Bethany area formed part of the early Christian pilgrimage route between Jerusalem, the Jordan River, and Mount Nebo. This area is also associated with the ascension of the Prophet Elijah into heaven on a chariot of fire. After the tour, return back to the hotel. The balance of the day is at leisure to relax and enjoy the benefits of the mineral-rich therapeutic waters of the Dead Sea. This evening, savor a Farewell Dinner with your Tour Manager and travel companions
Overnight: Dead Sea
Meals: Breakfast, Dinner 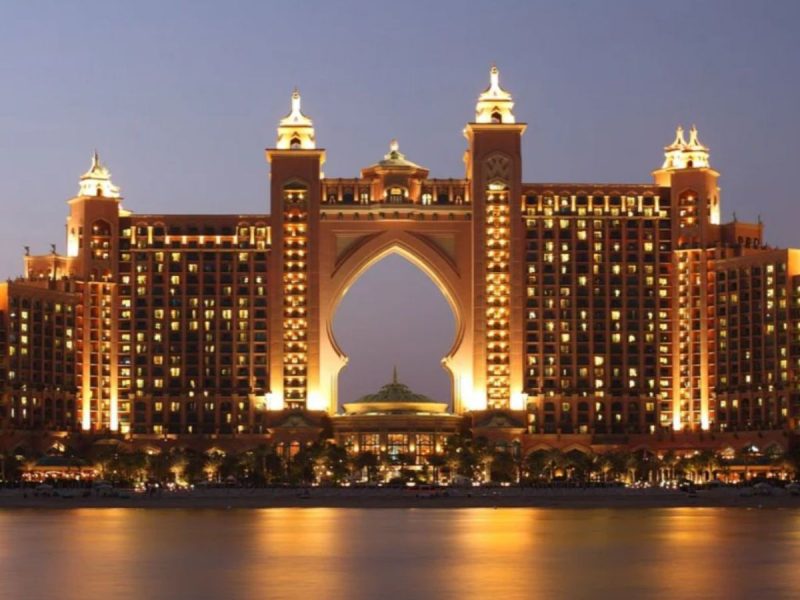 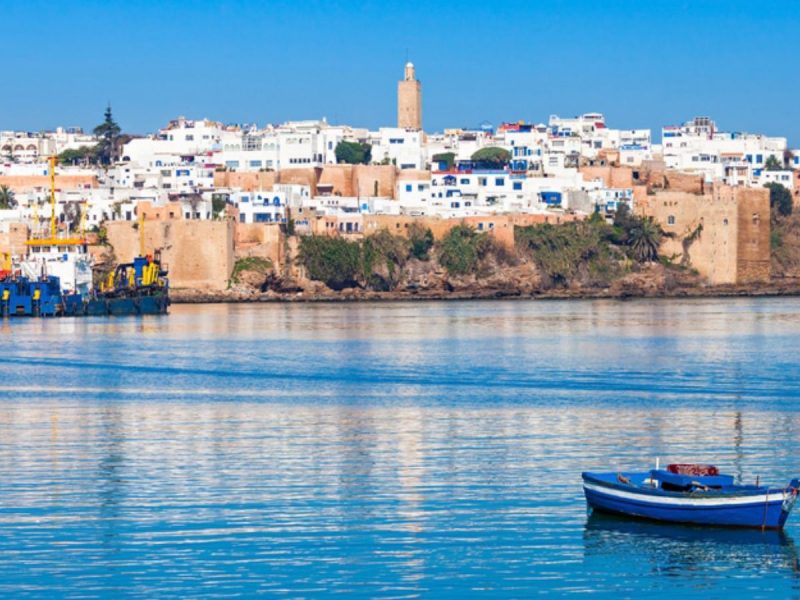 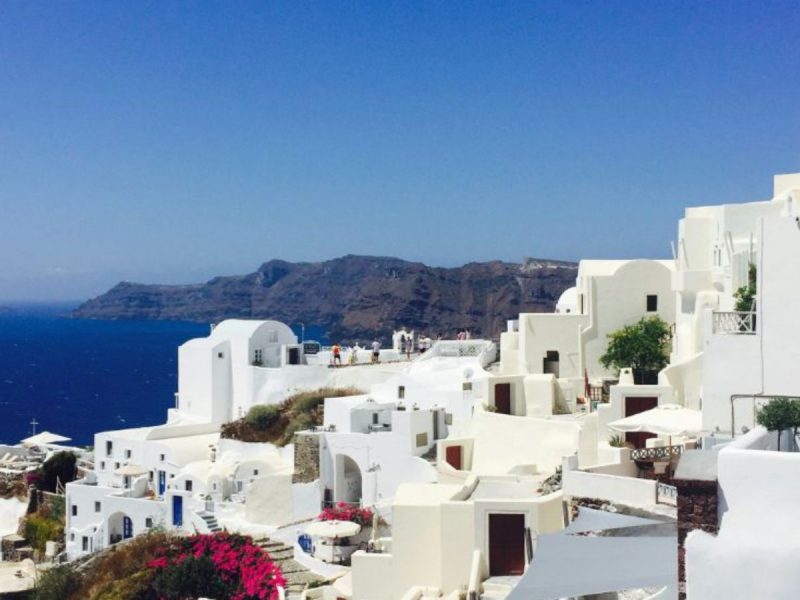 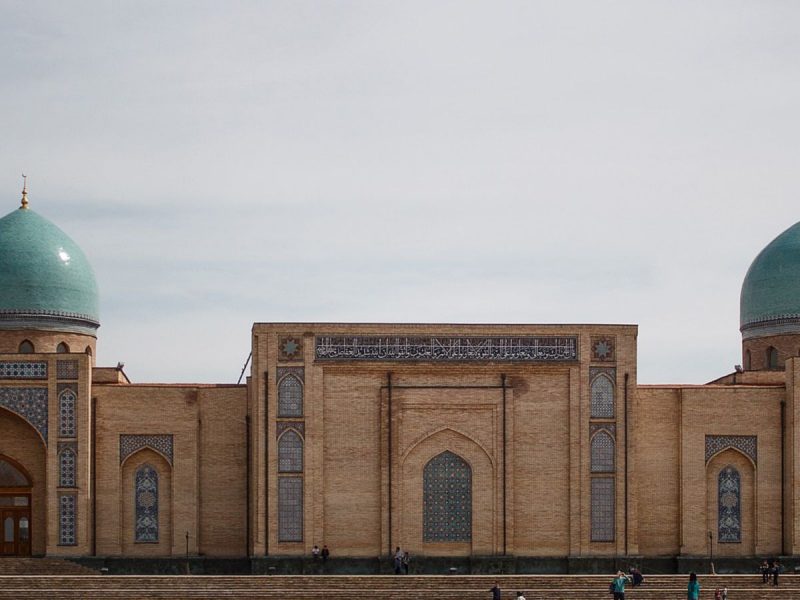