Arrive in Istanbul, at the crossroads of Europe and Asia; transfer to your hotel. The rest of the day is at leisure for you to rest, relax and acclimate to your new time zone. Tonight, attend an orientation meeting with your Tour Manager and fellow travelers, followed by a Welcome Dinner at your hotel
Overnight: Istanbul
Meals: Dinner

Begin your day at the magnificent Blue Mosque with its six minarets. The stunning interior decor, shimmering with over 21,000 blue Iznik tiles, is highlighted by the beautiful floral designs displaying traditional lily, carnation, tulip and rose motifs. On to the Hippodrome that served as a stadium for chariot racing and public gatherings. Continue with a visit to St. Sophia, its massive dome was a daring engineering feat in the 6th century - architects still marvel at the building's many innovations, once considered the greatest church in Christendom. It was proclaimed a mosque soon after the conquest of the city by the Ottomans in 1453, that later was converted to a museum. Afterward, arrive at the Topkapi Palace, the residence of the Ottoman Sultans between the 15th and 19th centuries. The jeweled turban crests, silken caftans and priceless Chinese porcelains of the palace bear witness to the grandeur of a bygone era. End the day at the Grand Bazaar, in the Old City, a favorite place for shopping. You can wander the labyrinth of streets and passages with more than 4,000 shops displaying jewelry, leather goods, carpets and more. Enjoy the art of bargaining and shop to your heart's content!
Overnight: Istanbul
Meals: Breakfast, Lunch

Head to the historic neighborhoods of Balat & Fener. Here, the houses are painted in bright colors, laundry is still hanging across the narrow lanes, kids play in the streets and many different cultures and religions live next to each other. View the Greek Orthodox College surrounded by this scenic area. Afterward, visit the lively Spice Market with its unforgettable aromas. In the afternoon, take a relaxing cruise along the Bosphorus, the winding strait separating Europe and Asia. View humble fishing villages, wooden Ottoman villas and contrasting suspension bridges set against the dramatic outline of the Strait
Overnight: Istanbul
Meals: Breakfast

Today, depart Istanbul and head east toward the Black Sea region. Upon afternoon arrival in the historic town of Safranbolu, a UNESCO World Heritage Site, visit the Crystal Terrace. It consists of a glass platform suspended from the edge of the cliff above the Tokatli Canyon. Admire the wonderful views of the canyon below. Afterward, drive to Yörük Village. Stroll along the narrow streets of this museum-like village and view houses built in the traditional Ottoman Turkish style. Some of the oldest wooden houses here are from the 17th century but the majority date from the 19th century. This evening, dinner is at the hotel
Overnight: Safranbolu
Meals: Breakfast, Lunch, Dinner

Visit the 17th-century Caravanserai of Cinci Hani, a magnificent inn on the famous Silk Road that is now a hotel. The imposing structure is made out of limestone and consists of an entry, courtyard, rooms, stable and a cistern. Afterward, head to the Kaymakamlar Museum House, a typical Safranbolu house, that features all the classic elements of Ottoman houses during the 18th and 19th centuries. After your visit, walk through the historical Safranbolu Bazaar before departing for Cappadocia. This evening after dinner, enjoy a captivating dance of the Whirling Dervishes, which displays infinite spinning in perfect harmony, is part of Turkish custom, history, beliefs, and culture. Experience a seven-century-old ritual, featuring beautiful costumes and live music
Overnight: Cappadocia
Meals: Breakfast, Lunch, Dinner

Begin the day with a visit to the Goreme Open-Air Museum, a UNESCO World Heritage Site, resembling a vast monastic complex composed of scores of refectory monasteries placed side-by-side, each with its own church. The museum showcases 11 early Christian rock-cut churches containing spectacular frescoes with vibrant colors still luminous after standing for centuries. Continue with a visit to a carpet shop for a hands-on experience and lesson in how fine Turkish carpets are created. Proceed to the Pasabag Valley with its remarkable earth pillars in the midst of a vineyard, also called Monks Valley, before returning to Cappadocia for leisure time. Tonight, a specially arranged home hosted dinner awaits you. Meet with the family, share tales, and conversation and learn about Turkish culinary traditions
Overnight: Cappadocia
Meals: Breakfast, Lunch, Dinner

Today, embark on a full day exploration of Cappadocia with its incredible fairy chimney rock formations. Drive to the village of Avanos, famous for its beautiful old houses and onyx. Visit a local pottery shop before continuing to the fascinating Kaymakli Underground City, that features a maze of narrow tunnels and rooms carved from soft volcanic rock. See Pigeon's Valley (Guvercinlik) and visit the area that housed countless pigeons during ancient times. Return to the hotel with free time for individual interests
Overnight: Cappadocia
Meals: Breakfast, Lunch

Today, depart in the morning for Sagalassos. The drive will take you through the Anatolian countryside with its breathtaking scenery. En route, stop in Konya, a city renowned for its Seljuk architecture. Here, visit the Mevlana Museum, housing the works of the 13th century leader Mevlana Celaleddin Rumi, one of the greatest mystical poets of Islam. The Mevlevi Sufi order was founded to follow his teachings. After lunch, continue your drive to Sagalassos, a UNESCO World Heritage Site. Arrive in the afternoon and visit the ancient city that was founded on the slopes of the Taurus mountain range and served as the metropolis of the Roman province of Pisidia. Most of the buildings are well preserved and date back to the Hellenistic and Roman periods. View the impressive great theater with a capacity of 9,000 people. Continue to the hotel in Sagalassos for dinner and overnight
Overnight: Sagalassos
Meals: Breakfast, Lunch, Dinner

Begin the day with a drive to Dalyan, a delightful riverside town. Enjoy lunch before embarking on a river cruise to the ancient site of Kaunos, dating back to the 10th century BC. Admire the remarkably preserved Greek amphitheater, which displays Roman and Hellenistic features and the remains of an early Byzantine basilica. Marvel at the striking ancient Lycian tombs, carved high in the cliffsides. Several of the façades are adorned with intricate relief and Ionian columns. Afterward, travel to Fethiye. Share your day's highlights with your fellow travelers at dinner tonight
Overnight: Fethiye
Meals: Breakfast, Lunch, Dinner

After breakfast, travel to the Fethiye Marina where you will embark on a private cruise to the Fethiye Islands. Several stops are included during the cruise for swimming and snorkeling. Savor lunch on the deck and relax, as you take in the stunning natural scenery. Admire views of ancient ruins as you sail in the crystal-clear waters of the Turquoise Coast back to Fethiye
Overnight: Fethiye
Meals: Breakfast, Lunch

Morning transfer to Dalaman airport for your flight to Istanbul. Arrive in the afternoon and check in to your hotel. Tonight, gather for a Farewell Dinner - share wonderful memories of your journey and bid goodbye to Turkey, your Tour Manager, and your newfound friends
Overnight: Istanbul
Meals: Breakfast, Dinner 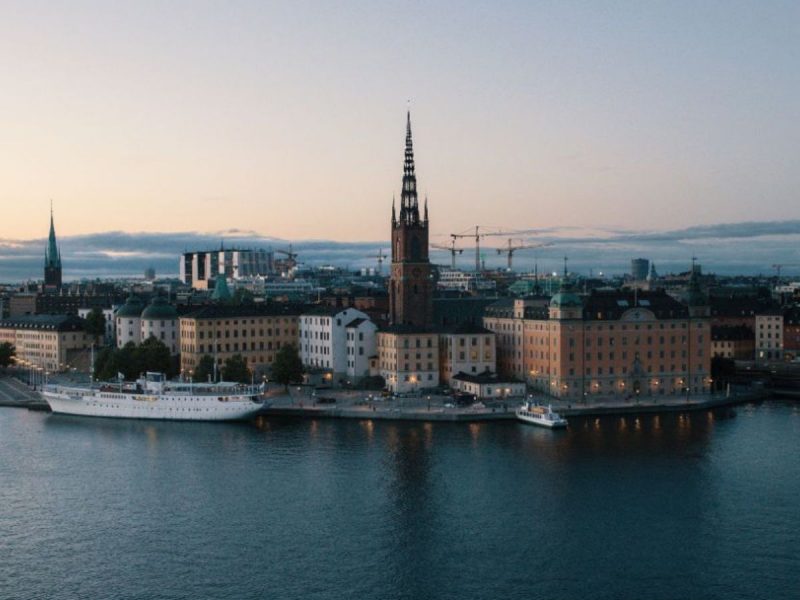 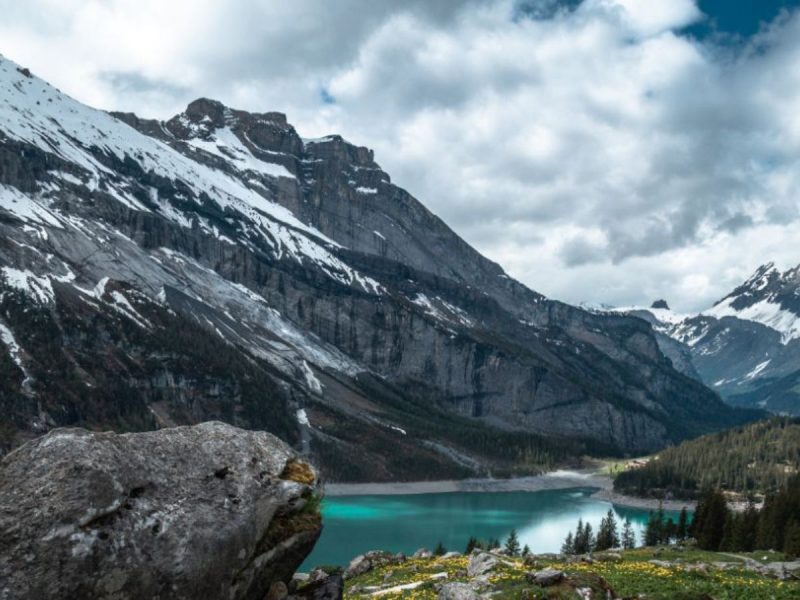 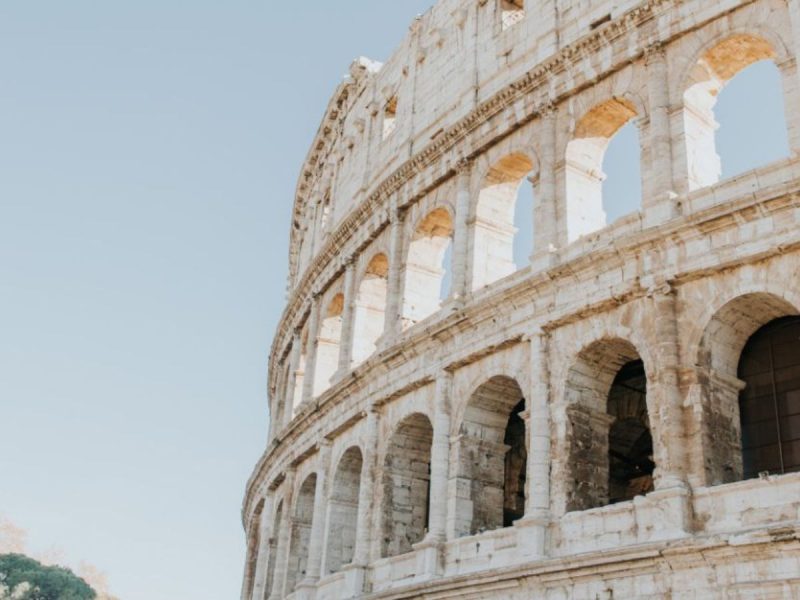 12 Day The Heart of Italy