Welcome to magical Lisbon, one of the oldest cities in Europe, founded in the 12th century. Transfer to your hotel; remainder of the day is at leisure. Time to rest and relax before tonight's Welcome Drink and orientation meeting at approximately 7 pm with your Tour Manager and fellow travelers, followed by a Welcome Dinner at a local restaurant
Overnight: Lisbon
Meals: Dinner

Today's tour of Lisbon highlights the variety of heritage and styles that make this one of Europe's most beautiful capitals. Begin with a stop at the top of Edward VII’s Park to enjoy a magnificent view over the hills of Lisbon and the River Tagus. Next, stop to view the treasured 16th century Belem Tower then tour the Jeronimos Monastery; this amazing structure is considered the most prominent achievement of the Manueline style of architecture (Portuguese late-Gothic). In 1983, UNESCO designated this monastery as a World Heritage Site, that today serves as a reminder of Portugal's wealth and power during the Age of Discovery. Then, to the dramatic Monument of Discoveries, built in honor of Henry the Navigator, instrumental in the success of Portuguese explorations during the 15th century. Standing over 171 feet tall, the monument, shaped like a ship's prow, stands majestically at the marina in Belem, starting point for many of Portugal's explorers and where Vasco da Gama embarked on his voyage to India. After lunch on your own, drive along to quaint Sintra, the Glorious Eden of Lord Byron, and ancient summer retreat of the royal court. Designated a UNESCO World Heritage Site, the city is highlighted by lavish romantic castles and stunning monuments. Visit the magnificent 18th century Palacio de Queluz and its graceful gardens, one of the last Rococo buildings to be designed in Europe and former summer residence to the royal family. Afterward, spend leisure time in Lisbon. Walk along elegant Liberdade Avenue and explore the delights of this city on your own. Tonight, travel to one of Lisbon's oldest districts for an unforgettable Fado performance of local songs accompanied by guitars, while enjoying a typical Portuguese dinner
Overnight: Lisbon
Meals: Breakfast, Dinner

Departing Lisbon, head south to the heart of Alentejo province. Evora, one of Portugal’s most enchanting cities, rose to prominence under the Romans and was later patronized by a succession of Portuguese kings. Discover the town's massive walls and Roman Temple, early Gothic Cathedral, and Sao Francisco Church that is famous for its Ossuary chapel, whose walls are decorated with thousands of human bones and skulls. Head on to see Evora’s main square, the Praça do Giraldo, and the cobbled streets of this former Royal town
Overnight: Evora
Meals: Breakfast, Dinner

Today, journey through the rolling hills of the Portuguese wine region and cross the border into Spain. The drive is highlighted by the picturesque Andalucian scenery. En route, stop at an olive oil mill, to hear about the gastronomy of extra virgin olive oil, the technical aspects for producing it and later enjoy an olive oil tasting. After the visit, head to Spain's energetic city of Seville, capital of the scenic Andalucia region with its fascinating layers of Roman and Moorish history. Check into your hotel and spend the evening at leisure in marvelous Seville. Tonight, dinner is at a local restaurant
Overnight: Seville
Meals: Breakfast, Dinner

This morning, admire the beautiful Plaza de España and the fragrant gardens of Maria Luisa Park by the Guadalquivir River. Explore the narrow streets and the many beautiful plazas of the quaint old Santa Cruz Quarter. Continue with a visit to the Cathedral of Seville, one of the largest Gothic cathedrals in the world and home to the burial site of Christopher Columbus. Built on the site of the former great Mosque, its original minaret, the Giralda Bell Tower, still stands. Lunch on your own in the bustling downtown area. In the afternoon, participate in a Flamenco lesson to acquaint yourself with this passionate dance, along with its history and artistry. After your lesson, attend a traditional Flamenco Show, along with drinks, featuring some of Seville's leading artists, performing their emotional songs. Flamenco dancing, along with bullfighting, are popular symbols of Spain’s culture
Overnight: Seville
Meals: Breakfast

Head south this morning to dramatic Ronda, spectacularly located atop El Tajo gorge. En route, stop at a winery - see the process, learn the history of the town's specialty and taste some of the excellent wine. Later, continue the drive to Ronda. Upon arrival, savor lunch at a traditional restaurant. Afternoon is at leisure to explore the town on your own
Overnight: Ronda
Meals: Breakfast, Lunch

Begin the city tour at the Plaza de Toros, Spain's oldest bullring. Ronda is considered the birthplace of modern bullfighting which began in the 18th century as a training facility for developing horsemanship. Here, you can see the historic stables and museum, part of this complex along with displays of famous Matadors. Enjoy a traditional home hosted lunch with a local family and experience a unique opportunity to learn about their values and traditions. Afterwards, spend free time for individual pursuits
Overnight: Ronda
Meals: Breakfast, Lunch

Depart Ronda for Moorish Granada with Spain's foremost monument, the Alhambra,* built atop one of the Granada Hills overlooking the city, named a UNESCO World Heritage Site. During the reign of the Moors, this imposing hilltop fortress was the residence of the royal family. Walk along the lanes of the serene Generalife Gardens with its beautifully designed courtyards, waterfalls and ponds. Enjoy lunch at a local restaurant in Granada. Tonight, gather together for dinner. Overnight in Ubeda, with its Renaissance-style architecture
*Alhambra visiting times, which may include evening hours, and which areas of the complex are accessible on the day of your visit, are determined solely at the discretion of the Alhambra. Your itinerary will be arranged by your Tour Manager to accommodate the designated time of entry.
Overnight: Ubeda
Meals: Breakfast, Lunch, Dinner

This morning, explore the lovely historic hilltop town of Ubeda, a UNESCO World Heritage Site. Here, you will see some of the best-preserved examples of Spanish Renaissance architecture in Spain. Its splendid legacy of monuments comprises churches, palaces and aristocratic houses including the sacred chapel of El Salvador and the Santa Maria Church, circled by white-washed houses. Surrounded by Europe's largest olive tree plantation, Ubeda today is a major center of olive oil export in Spain. Continue to Madrid, Spain's capital and largest city, for overnight
Overnight: Madrid
Meals: Breakfast

Journey to Toledo, a "Museum City" of great artistic beauty. Former capital of Spain and one of the oldest cities in Europe, Toledo has magnificent examples of architecture from different periods, making it one of the leading artistic cities of the country. In Toledo visit the most famous monuments, such as St. Tome Church, which houses El Greco's "The Burial of Count Orgaz" and the Santa Maria la Blanca Synagogue. Admire its famous handcrafted work, the "Damasquinado", before returning to Madrid. Tour this energetic city's impressive architecture, beginning at the Plaza de Cibeles with its striking buildings. View the magnificent Royal Palace, Europe’s second largest. Then, on to the world-renowned Prado Museum - you'll stand before the astonishing masterpieces by Velazquez, Goya, El Greco and others. Enjoy dinner together at a local restaurant
Overnight: Madrid
Meals: Breakfast, Dinner

Depart Madrid by train to sensational Barcelona. Upon arrival, time to freshen up before the afternoon activities in Spain's second most important city. Begin with a visit to the Montjuic recreational area that houses the National Palace originally built as the central pavilion for the 1929 International Exhibition. Montjuic is home to the Olympic complex, a number of sports facilities built for the 1992 Summer Olympics. Tonight, enjoy your first taste of Catalan cuisine at a local restaurant

Begin the day in this artistic city with the famous works of Gaudi, the master architect. Visit the most unforgettable symbol of Barcelona is Gaudi's masterpiece, La Sagrada Familia, a colossal church that is legendary and still unfinished, although it was started in 1882. Along the Paseo de Gracia see the unique La Pedrera (Casa Mila) with its stone-like facade and Casa Batllo, which appears to have been made from skulls and bones. Continue with a visit to the Hospital de Sant Pau, a UNESCO World Heritage Site, designed by Catalan modernist architect Lluís Domènech i Montaner. It served as a functioning hospital until 2009, when it was restored as a museum and cultural center. Lunch is on your own. Spend the afternoon at leisure to explore Barcelona's many museums, galleries, and cafes. Wander along the fabulous Las Ramblas, the city's most famous pedestrian walkway. This great city is waiting to be explored by you
Overnight: Barcelona
Meals: Breakfast

Depart dynamic Barcelona to the cultural center of Girona in northern Catalonia. Discover the historic quarter, with its medieval mansions and courtyards crowned by a gorgeous Cathedral on the eastern bank of the River Ter. In the Old City, see the Roman walls, Arabic-style bathhouses and the Jewish Quarter, one of the best preserved in Europe. In the background, you can see the peaks of the Pyrenees. After lunch on your own in Girona, continue to the Salvador Dali Theatre and Museum in his hometown of Figueres in Catalonia. The building once housed the town's theater when Dali was a child. It was here that one of the first public exhibitions of young Dali's art was shown. Return to Barcelona. Tonight, share wonderful memories with your fellow travelers and Tour Manager at a Farewell Dinner in this most memorable city
Overnight: Barcelona
Meals: Breakfast, Dinner

Bid "adios" to Spain and to your newfound friends. Transfer to the airport for your departure flight
Meals: Breakfast 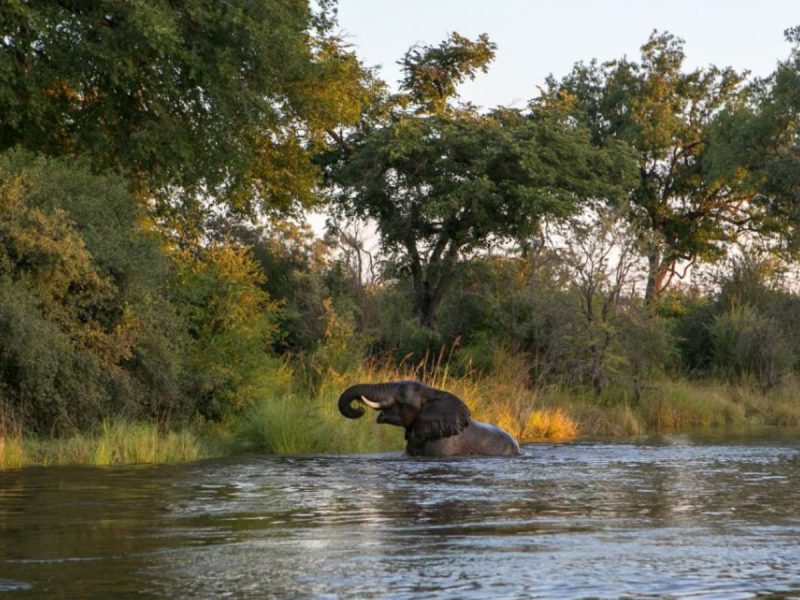 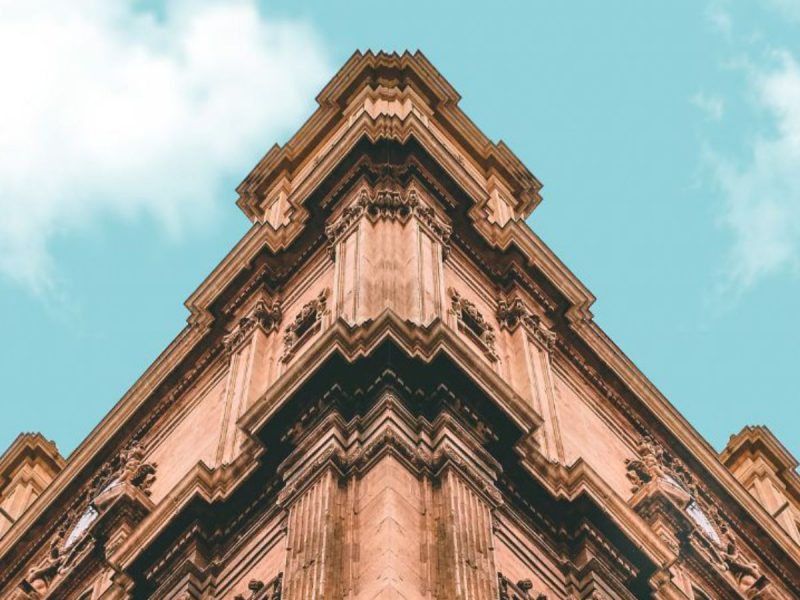 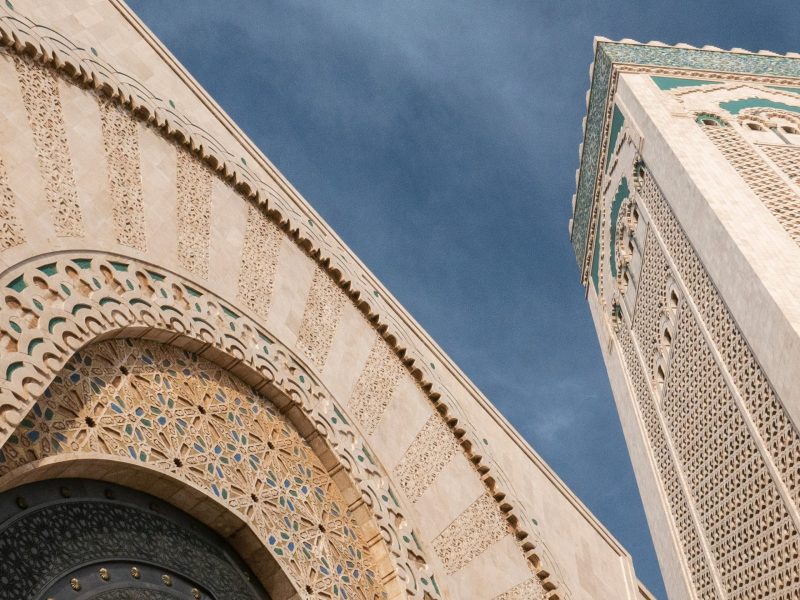 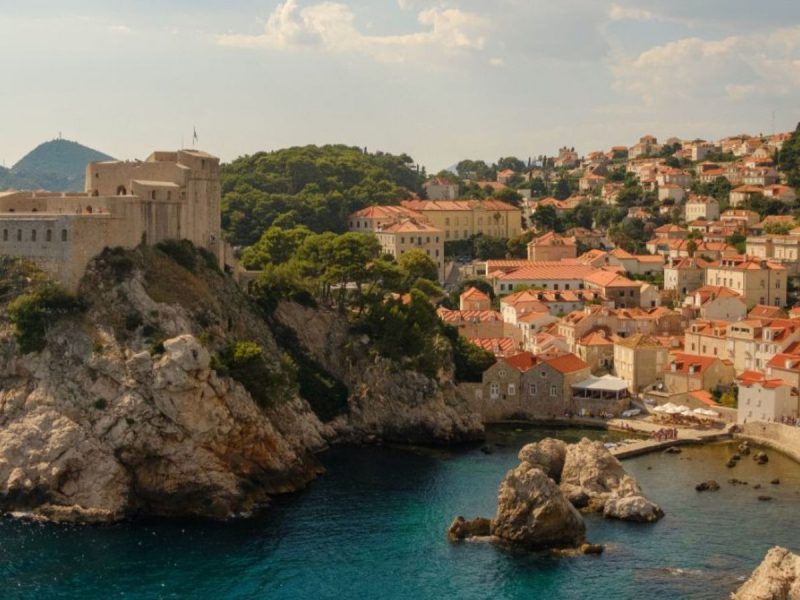